I have told myself all along that if I can find the original immigrant to North American shores for the various lines of my family tree, that will be good enough. Seriously. Is there any REAL hope of finding records of MY blood relations across the pond? Well, I still don't know the answer to that question personally, but I just might be closer to getting my feet wet.

This last week has been incredible in terms of making giant strides in the progress of this line after, as I have mentioned, several years of not much. I think the real breakthrough was the day we located the 5 volumes of 18th Century Records of the German Lutheran Church at Philadelphia, PA (St. Michaels and Zion) [translated by Robert L. Hess]. The pieces have been tumbling together faster than we can fully appreciate what we've found. Dang, this part is fun.

So since this blog is a record of research progress, here is a summary of what we *think* has been found:

1. From the death record of Ernst Menge's brother, Johann Menge, we know that a) Ernst, Johann, and Henrich Menge were brothers and b) Johann was himself the son of Ernst Menge and Anna Catharina. Oh great, ANOTHER Ernest Mann! Ok, fine. Let's just assume these original ancestors lived across pond somewhere. They MAY have come to America too, but for sake of sanity, let's just say they stayed home.

Hmmmmm. If this Ernst Menge and wife were godparents in 1732, then I must be looking at a SECOND reference to the pre-arrival generation. Let's just dial up familysearch. What's this?

Heart rate has JUST increased. Match on ERNST MENGE, ANNA CATHARINA, RIES, and location: SOEDEL. If these people are related to my direct line, they must be yet another generation back. Whoa.

I could go on. The Philadelphia church records are only adding to the evidence of connections between Menge, Ries, Kreuter (not Krainder), and Gillman families. Who knows what might be found on the other side. 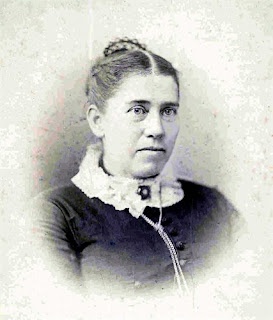 What do you have to say about all this, great great grandmother Sarah Mann? I know, I know. She is saying good luck (Viel Glück! in German)
with the task of proving my case. And not to worry about getting a little wet.
Posted by genealojist at 11:37 PM